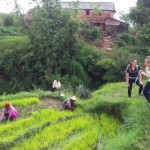 (English) Whenever the summer strikes the home of Lord Buddha, NEPAL, the gloomy days begin which brings, a lot of rain to the mountainous country. The rain is carried by the clouds from the Bay of Bengal (the nearest sea to the country) until it hits the high mountains. The mountains are washed with the rain. 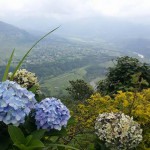 (English) It is the time between summer and rainy season. And it is also known as the hottest time of the year. It is hotter than hilly region in Tarai region. Pokhara is one of the best and most beautiful city of Nepal. This city is also known for the tourist city and its natural beauties. Many things to see is in Pokhara. Pokhara is also situated in hilly region. 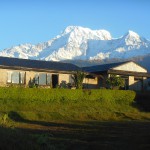 (English) The concept of permaculture has been today’s issue. Combining permaculture with tourism was a great concept that stroke Mr. Hidai Hiroshi in the late 90′s that led to the establishment of “HANANOIE”. It all started in 1998 when he visited the home of Himalayas “Nepal” with that concept.